Constant and True - a tribute to the songs of Rose Melberg 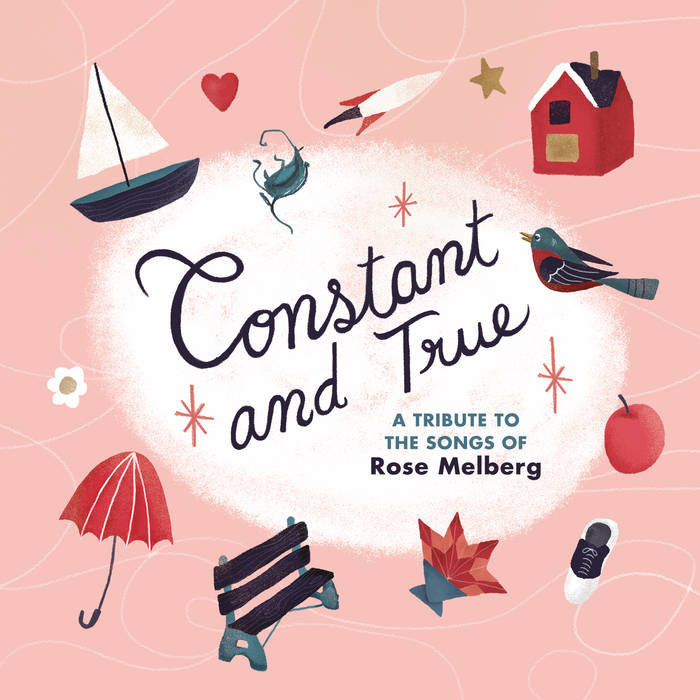 February Records is proud to announce its latest release: “Constant and True — A Tribute to the Songs of Rose Melberg.” This extremely ambitious project was conceived of and brought to fruition by Jeremy Jensen — leader of the Boise, Idaho, pop group The Very Most — out of his appreciation of Melberg’s prolific output.

Rose Melberg is indiepop royalty. As primary songwriter for one of the very first American indiepop bands, Tiger Trap, she played an indispensable part in furthering
the indiepop movement in the U.S. She went on to release music both as a solo artist and as a member of the bands Go Sailor, The Softies, Gaze, Brave Irene, Tally Ho!, PUPS, Imaginary Pants and Knife Pleats, with sounds ranging from fragile, wistful folk to giddy, fizzy cuddlecore to sophisticated, almost jazzy, pop. Her music as been released on such labels as K Records, Double Agent, Kingfisher Bluez, Kill Rock Stars, Slumberland Records, Where It’s At Is Where You Are and Lost Sounds Tapes, just to name a few.

Bands and artists from the United States, Scotland, England, Spain, Norway, France, Australia and Dominican Republic have provided tracks for this compilation. Two bands (Boyracer and Transmittens) even came out of retirement just to contribute a track! Their interpretations of Rose’s music run the gamut from pop-punk to epic, symphonic walls of sound. The album has 21 tracks in total and features The Hermit Crabs, The Prams, Featherfin, Bodyheat, Emma Kupa, Saturday Looks Good To Me, Marc Elston, Ashley and Eli of LAKE, Fireflies, The Smittens, John Girgus and The Legendary House Cats, The Royal Landscaping Society, Gabardine, Boyracer, Band á Part, Seapony, The Very Most, Tomiji, Tangible Excitement, Transmittens and Rocketship.

“Constant and True” will be released as a CD and a digital download, with artwork by Marta Tortajada. A pre-sale will begin September 1 through the February Records Bandcamp site, with the album officially going on sale September 29 (which just happens to be Rose’s birthday). The album will be available to order through Where It’s At Is Where You Are in the UK and Europe. Any surplus from the sale of this album will be donated to the Multiple Sclerosis Society of Canada, a charity that is near and dear to Rose’s heart.


Saturday Looks Good To Me
Fred Thomas - vocal and guitar


Ashley and Eli (of Lake)
Recorded and performed by Ashley Eriksson and Eli Moore.


Thanks to Rose, Sarin, and all the bands.

If you like Constant and True - a tribute to the songs of Rose Melberg, you may also like: