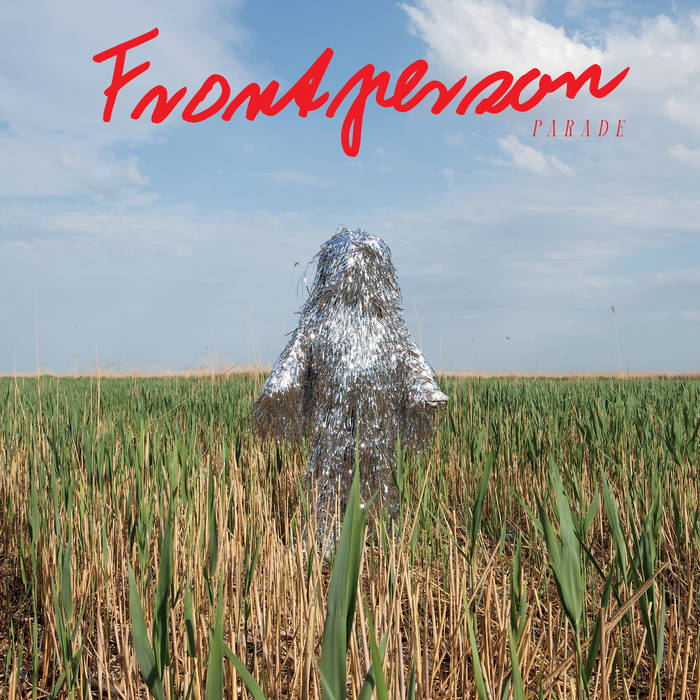 In 2018, Billboard proclaimed Frontperson, the musical collaboration between Kathryn Calder (vocalist and keyboardist for The New Pornographers) and Mark Andrew Hamilton (AKA Woodpigeon) to be “Musical love at first sight.” Now after a short pandemic-pause, the duo is pleased to announce their sophomore album Parade will be released on April 29, 2022 digitally and on limited edition CD and LP via Oscar St. Records.

The songs of Parade pick up the pace, turn up the volume and expand the duo’s palette of sounds across an album full of surprising twists and expertly executed range. Calder’s vocals are at turns soaring (as on lead single “Parade”) or bitter-sweet (the shoegazey album closer “Visions”), while Hamilton’s songwriting explores backdrops of ‘80s rock he grew up hating (a nod to Dire Straits’ pristine guitar tones on “Messy Roomz”) and queer heartbreak (the swooning “Tattoo Boy”). From its laser-sharp songwriting to its layered headphone mini-symphonies, Parade proves Frontperson are more than ready for round 2.