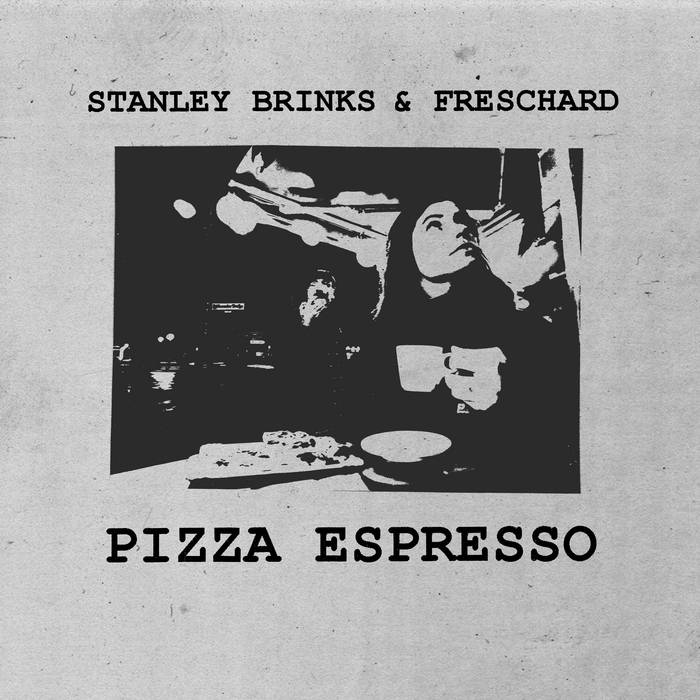 Having already released 2 of the best albums of 2014 (Gin on Fika Recordings, and Boom Biddy Boom on wiaiwya) STANLEY BRINKS & FRESCHARD are releasing PIZZA ESPRESSO - an album of duets, and a collaboration between both labels – at the end of August.

PIZZA ESPRESSO is an album of love songs about drinking and drinking songs about love. Picture Emmylou and Gram relocated to Berlin with a guitar, a pennywhistle and a washboard and writing ten gorgeous duets to be sung on lazy summer evenings.

FRESCHARD grew up in a farm in French Burgundy. Aged 18 she moved to Paris, where she baked pies and cakes in a cafe. There, a local musician and regular customer called STANLEY BRINKS wrote a few songs for her to sing. Homeless in Paris, she saved up just enough money to get herself a ticket to New York. There she found an old electric guitar and started writing her own songs. In 2004 she moved to Berlin, where she recorded her first LP, "Alien Duck". Her second album, "Click Click", recorded in 2006, features electric guitar by STANLEY BRINKS. On her third album, she plays the drums herself. On her fourth “Shh...” she also plays the flute. For this year’s “Boom Biddy Boom” she plays the washboard too.

STANLEY BRINKS began performing as André Herman Düne in 1999, sharing lead vocals, guitar playing and songwriting with his brother David in the band Herman Düne. He has used many monikers for various side-projects, but since leaving Herman Düne in 2006, he has been known solely as STANLEY BRINKS.
Born in Paris, Stan has been living between New York, San Francisco, Malta and Berlin for about a decade, always on the move. He has recorded more than 100 albums.

STANLEY BRINKS & FRESCHARD will be playing this year’s GREEN MAN festival, and will be touring with the WAVE PICTURES as their backing band in August.