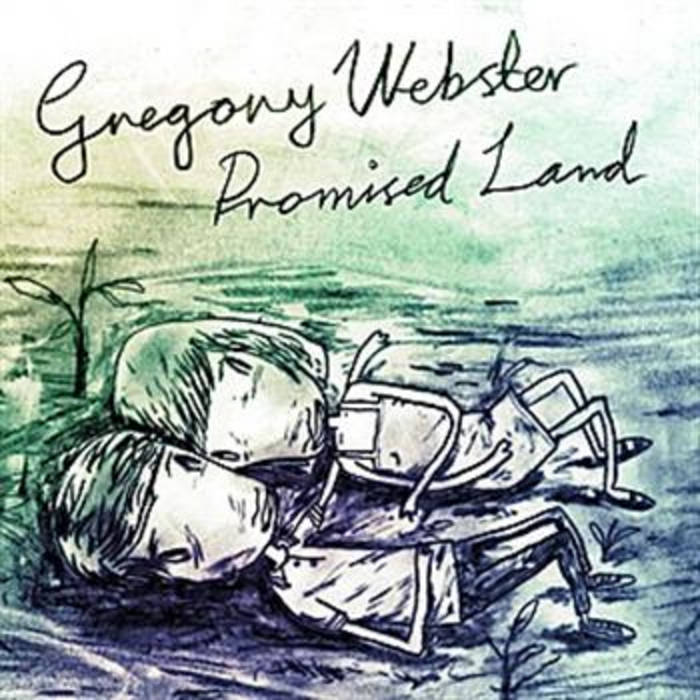 Gregory Webster has recorded for some pretty impressive scene setting labels over the past 25 years. The list includes seminal UK indie labels Creation, Sarah Records and The Subway Organisation, plus indiepop bastions from Australia to the USA. Now Slumberland Records is pleased to join in the fun. Gregory first emerged during the mid-80s UK C86 scene with Razorcuts, who hit on a sound somewhere between the 12-string heavy folk-rock sound of mid-60s LA and the unique pop sensibilities of UK post-punk. The Carousel soon followed, a gorgeously out-of-time Psyche-Folk duo formed with Talulah Gosh founder member Elizabeth Price. After the acoustic simplicity of his first solo LP My Wicked Wicked Ways in 1995, Gregory put together perhaps his most prolific (and noisy) outfit, Sportique, with ex-TV Personality Mark Flunder and Heavenly's Amelia Fletcher & Rob Pursey. Gregory's debut Slumberland single is his first solo recording for almost 15 years.

Promised Land sees Gregory returning to matters of the heart, utilizing the acoustic 12 string based sound familiar to those who have seen his regular PopFest performances in recent years. Although never foolish enough to adopt the mannerisms of another culture for his own, Gregory's love of American folk and country greats such as Willie Nelson and Hank Williams clearly shines through. In fact the b-side is a radically different interpretation of Hank Williams' lesser known classic "Won't You Sometimes Think of Me?". Simplicity rules throughout, complementing the naked honestly of the songwriting. Gregory's signature 12 string sound is augmented by haunting harmonium accompaniment from The Birthday Girl (Vatican Cellars) and beautifully uplifting vocal flourishes provided by Pam Berry of Slumberland's own legendary Black Tambourine.

As Gregory dreams of love away from the glare of city lights, take a ride out to the country with him on this beautifully packaged return to vinyl.

Serena Cherry debuts her black metal project, plus a Pick from the Crypt block from Svalbard