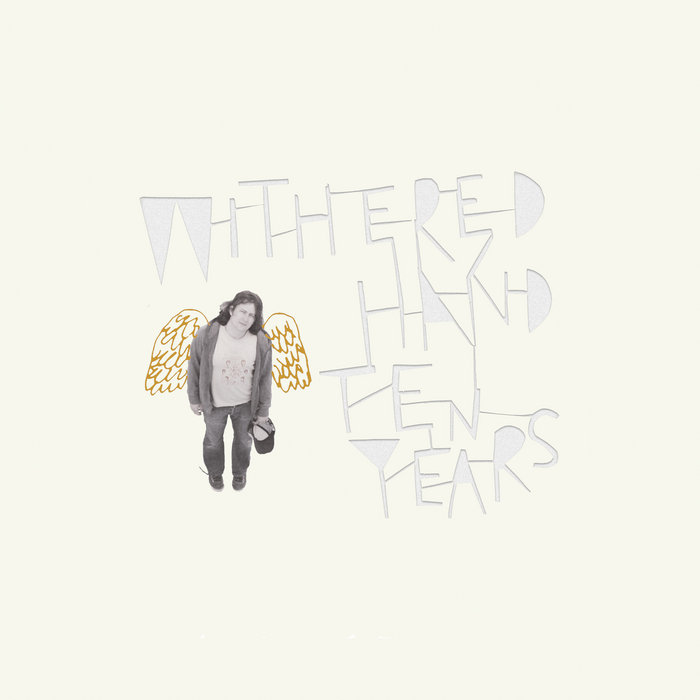 The Springsteen of self-deprecation celebrates the tenth anniversary of his debut long player by re-working four of the album’s finest tunes. They were handed over to Pete Harvey (who was involved in the genesis of the original recordings) to re-arrange, lovely new melancholic string sections were recorded, and Willson re-sang his vocals – effortlessly moving the anti-folk classics towards anti-chamber pop

I Am Nothing - So i'll try to see the world in your way, The pillow's warm from where your head lay
No Cigarettes - Maestro a drum roll please, This is the golden age
New Dawn - I don't need lights on my pushbike my light comes from inside
Religious Songs - You stole my heart and I stole your underwear

Essential for anyone who might be missing David Berman, Neal Casal and Daniel Johnston.

Based in Edinburgh, Scottish indie folk-pop act Withered Hand is the solo project of singer/songwriter Dan Willson. A veteran of multiple bands in late-'90s and early-2000s Edinburgh music scene, Willson began his solo career after receiving an acoustic guitar from his wife as a 30th birthday gift. Migrating slowly from bandmate to solo artist, he began singing and writing his own loose, jangly songs, eventually releasing his debut EP, Religious Songs, under the moniker Withered Hand. Finding immediate success with the new format, Willson released a second EP in 2009 before teaming up with legendary American producer Kramer to make his first full-length album, Good News, in 2010. With his ragged tenor and often lo-fi, acoustic-based sound, Willson has come to represent a certain standard in the U.K. D.I.Y. scene and was a part of the Fife-based Fence Collective with acts like King Creosote and James Yorkston. Two more Withered Hand EPs appeared in 2012 before Willson returned to the studio to record his follow-up LP. His second full-length, New Gods, was released in early 2014 by Fortuna Pop and Slumberland. The record was produced by Tony Doogan (Mountain Goats, Belle and Sebastian) and features help from Black Tambourine's Pam Berry, Eugene Kelly of the Vaselines, and members of Belle and Sebastian and Frightened Rabbit.

“The world is better for songwriters like Willson” – The Scotsman
“A refreshing lager beer of a record” – Julian Cope
“Willson is a one-man Fleet Foxes with a voice that, one moment, sounds on the brink of collapse; the next, is filled with humour, emotion and self-knowledge” – The Herald
“Thank fuck for Withered Hand” – Malcolm Middleton
“Willson’s quavering vocals and acoustic eulogies elicit heavy-hitters Bright Eyes (on woebegone porch-swing opener ‘Providence’) – and even Neil Young at times.” – The List
“At times on this impressive debut Dan Willson’s alter ego attains the celestial lustre of that holy grail of lapsed evangelical folk nouveau, the first Palace Brothers album.” – MOJO
“Bummed-out folk with the saddest, most beautiful wistful sparkly banjo jams and the most hilarious, and yet totally heart-melting, lyrics ever, sung with a grizzled UK croak that’s hard not to love.” – WVKR radio, New York
“The UK’s best lyricist” – King Creosote
“Killer melodies… wobbly folk grooves…as melodic wimps go, he’s up there with fellow Scots Belle and Sebastian; his tunes full of warm, woozy singsong charm” – Rolling Stone Magazine