Cast Away The Clouds 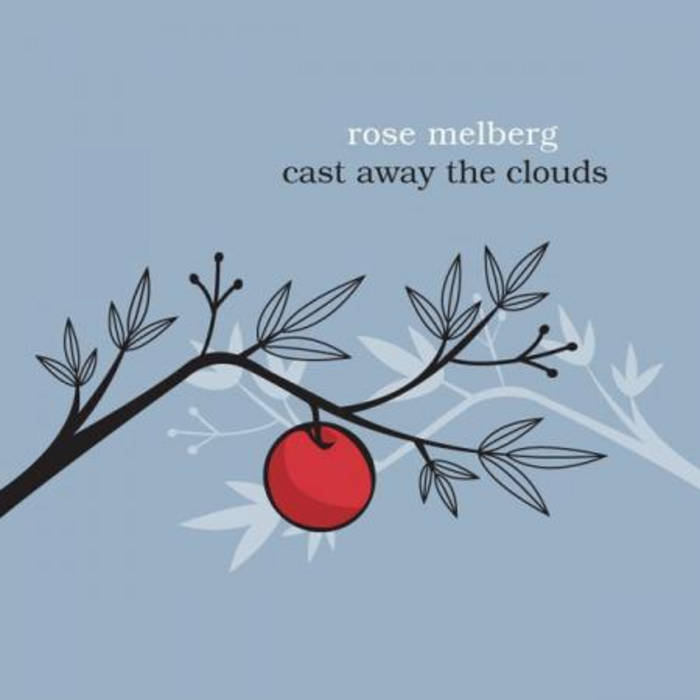 traincalledthomas Rose is a god. Favorite track: Each New Day.

“...simply enchanting... the ex-Softies singer has crafted an intimate and sweet record that tenderly plucks heartstrings and will leave you with a warmed, if somewhat melancholy, heart.” -All-Music Guide

“April showers bring May flowers, but they're all weeds compared to the sonic fragrance of Miss Rose Melberg.” -PitchforkMedia.com

Rose Melberg has always been a productive overachiever -giving us a seemingly endless avalanche of mellifluous albums to treasure -but the past 5 years have been uncharacteristically quiet. After moving to a small Canadian lakeside town, she started a family, developed into a mature singer/songwriter akin to Nick Drake, Tracey Thorn, Elliott Smith and Isobel Campbell / Belle & Sebastian, and created her solo masterpiece, "Cast Away the Clouds", the spellbinding continuation of an impressive career.
From the opening notes of “Take Some Time” the harmonies transport you to Rose’s cottage, and the experience she has gained over the past few years is apparent in her confident delivery. “Irene” trots along with a waltzy piano set against her delicate voice. The lyrics have also evolved as she sings of a relationship ending in the winter in “Spin” remarking, “cooler days have put a chill into your heart”. Rose channels Hazelwood/Sinatra on “Constant and True” and The Everly Brothers on the album closer, “Each New Day”.
Straight out of a Sacramento high school, Rose Melberg entered the indiepop 7-inch scene in 1992 with her first of many successful bands, Tiger Trap. Crunchy guitars and punk attitudes couldn't hide Rose's velvet voice and painfully honest lyrics, and the all-girl foursome quickly became stars of a burgeoning indiepop/punk movement centered upon Olympia, WA and record labels like K and Kill Rock Stars. Too good to last, Tiger Trap split after their second US tour, leaving just one classic album and an EP on K Records. Wondrously prolific, Rose quickly teamed with uberfan Jen Sbragia to form the The Softies, possibly her best-known project. With just two guitars and two angelic voices, The Softies debuted with a 7" and mini-LP on the wonderful Slumberland Records, toured the US 5 times (once with Elliott Smith) and released 3 amazing albums and singles, also on K Records from 1994-2001. At the same time, Rose somehow managed to front Go Sailor who collected their sold-out and sought-after pop singles on Look Out Records in 1997, and had two songs featured in the campy film, "But I'm A Cheerleader". Never stopping, Rose also played drums on two albums with Gaze and recorded various duets and solo tracks while on tour. Those stray tracks were compiled on "Portola" released by Double Agent Records in 1998. All-Music Guide gave it 4 stars and declared "Even in light of the uniform brilliance of Rose Melberg's past work with Tiger Trap and The Softies, her solo debut is still revelatory --never before has her voice been so disarmingly honest and vulnerable... 'Portola' is a small miracle."

Having long since graduated from Indiepop University, Rose re-emerges mature and confident with the most deeply personal album of her career, "Cast Away the Clouds".

“There are echoes of Elliott Smith in the major-to-minor turns of the songs and the intimate mix, but without his self-loathing. While Ms. Melberg's songs are full of breakups and goodbyes, she is never bereft.” -The New York Times