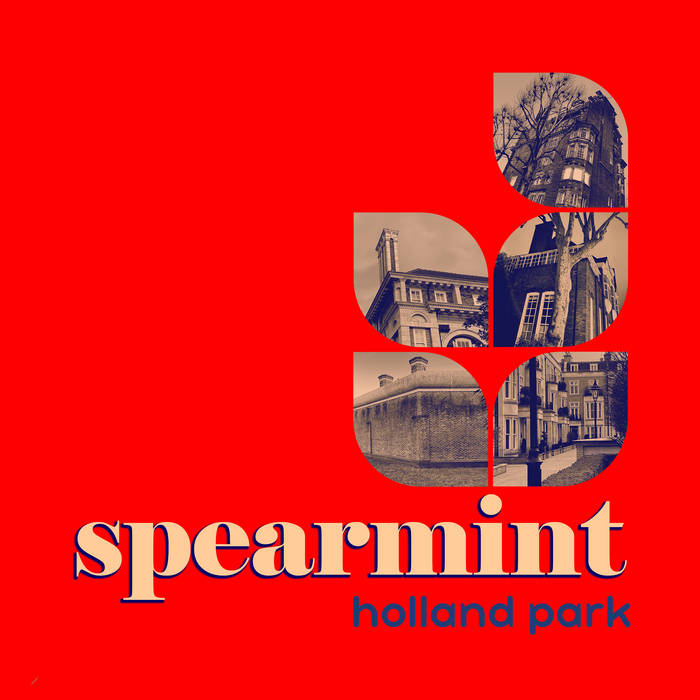 London-based Spearmint return this year with the follow-up their acclaimed 2019 album ‘Are You From The Future?’: the ambitious, uplifting new album ‘Holland Park’.

Often referred to as ‘Britain’s best kept secret’, Spearmint have been making great albums for a couple of decades now: this will be their ninth album proper. Still the same line-up: Shirley Lee (singing, guitar), Simon Calnan (singing, keyboards), James Parsons (guitar, bass) and Ronan Larvor (drums). This album is also the 57th release on their own hitBACK label.

‘Holland Park’ explores what it’s like to be in a band, what it’s like to have walked away from being in a band, what music means to all of us, and how it feels to lose your heroes. The spirit of Bowie hangs over the album. Singer Shirley says “What would the other members of the Spiders From Mars say now about their lives if we tracked them down? I don’t mean Bowie’s band, I mean Ziggy’s band.”

Re-united with producer Rhodri Marsden (Scritti Politti), and with contributions from Rhodri and Andy Lewis (Paul Weller), the band feel that this record is their best yet.

The album tells the story of Shirley’s father’s prog band in the early 70s:
“They never made it, and there’s nothing online about them, so it’s down to us to tell the story.”

‘Holland Park’ is released on 17th September digitally, on CD, and on limited double gatefold 10” vinyl with 24-page lyric book via WIAIWYA records.