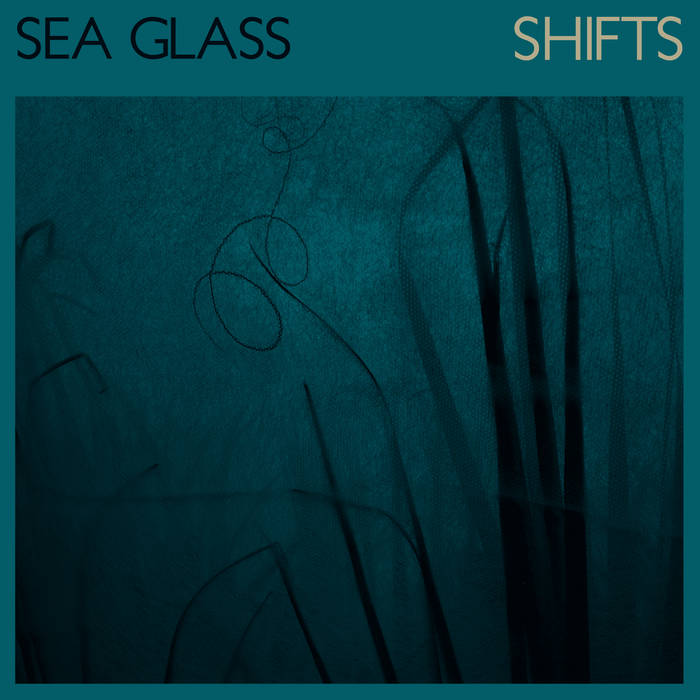 EMD This is gorgeous and 100% setting the tone for my autumn...

Reminds me of albums I loved in the early aughts like His Name is Alive's Stars on E.S.P. and Black Box Recorder's England Made Me, both of which remind me of long autumnal road trips in Wisconsin as a teenager. Definitely a beautiful and reflective space to be encompassed by while watching the world shift.

Beats To The Bar

Beats To The Bar Shifts is a simple, subtle exercise in minimalist repetition and harmony that is quiet, unassuming and stunning for that. Review: beatstothebar.com/sea-glass-shifts Favorite track: How Can I Be You.

Shifts is the debut album from Sea Glass, a new band featuring The Leaf Library’s Matt Ashton with Melinda Bronstein, due out on Friday 14 August via Where It’s At Is Where You Are. This is a set of ten spectral, melancholy songs that combine the minimalism of Young Marble Giants, the acoustic drone of Broadcast’s folkier moments and Liz ‘Grouper’ Harris’s forests of reverb.

Sparse guitar, ebow drones and fragile synth tones carry Melinda’s layered, repeating vocals over music that is elemental, unhurried and possessed of its own uncomplicated resonance, yet still detailed and engaging. The songs are rooted in the pair’s love of ambient and esoteric modern pop music, sounds made with whatever instruments are to hand, unselfconscious and effortless.

The album’s outwardly contained and assured personal space belies a lengthy and fragmented journey to fruition, with each element recorded over large distances of time and geography (Walthamstow, Wood Green, Peckham, Dungeness, Tenerife). The songs began as improvised, instrumental sketches with no destination, recorded by Matt at home in between working on Leaf Library material. The music, mostly first takes with mistakes still intact, was then sent to Melinda to see if she could find a way to work with them, part experiment, part challenge. Her outpouring of words, built in painterly layers over the bare shapes of the music gradually, over the course of many months, gave the songs a life of their own.

Mike Cranny, from dream pop band Firestations’ crystal clear mixes and arrangements provided the essential final part, turning the album from a simple collection of songs into a cohesive, glassy whole. This disjointed (and prescient) method of production gives the album its title, as well as suggesting the endlessly moving coastal drifts that deliver the band’s titular glass gems.

Melinda’s voice here is reminiscent of Beth Gibbons’ more tender moments, or a more forthright equivalent of the aforementioned Liz Harris, dark lullabies in which the lyrics edge in places towards confession – “I know you better than myself, I don’t know how to know anything else” from How Can I Be You – before pulling away again into more abstract realms, such as in the synth-led An Ending – “a tree in the pool, the tea on a spoon, all traces removed, no-one is there”.

The pair first met while playing drums (Melinda) and guitar (Matt) in indie janglers Singing Adams, with Melinda going on to gradually join Matt’s ever-expanding Leaf Library family when the former group disbanded. This is the first time Melinda’s vocal has been the main focus, despite having been writing for many years, spending time in Absentee, Wet Paint and Scow, as well as more recent excursions into improvised music and performance, including Annea Lockwood’s choir at Café Oto.

Shifts provides the listener with a glimpse into the quiet, unsettling, but by no means unwelcome eco system of Sea Glass. An album of minimal yet enveloping music that rewards attention, a place in which to let the rising tide of sounds gradually cover you.