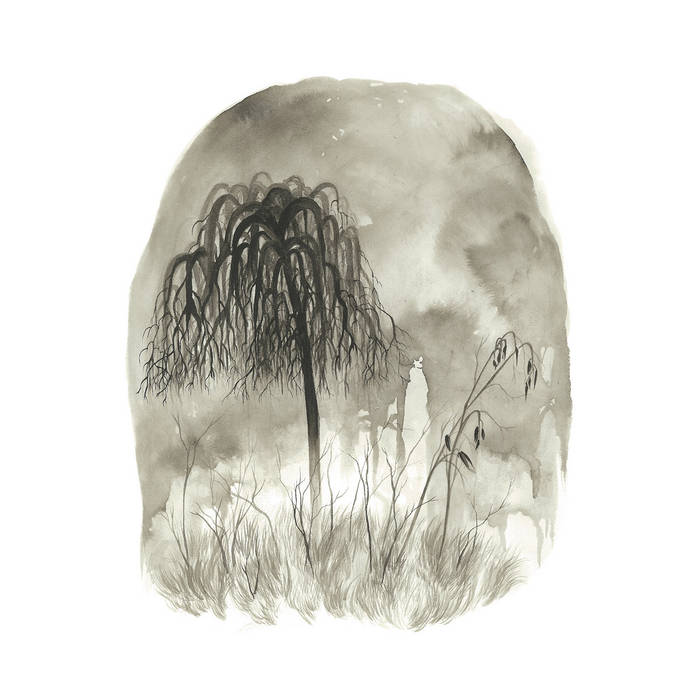 Canadian musician Woodpigeon, a.k.a. Mark Andrew Hamilton, has emerged from a brief hiatus to release his sixth full-length T R O U B L E. Merging the best of John Grant with Avalon era Roxy Music, Fleetwood Mac’s Tango in the Night, with a nod towards Kanye West’s Yeezus, the sounds are transposed to a largely acoustic setting feeding off influences from his travels across the globe.

This is a record about rhythm and sex and sadness. Previous Woodpigeon LPs have been epic affairs about falling in love with the interplay between choirs and symphonies, guitars and voices. This one narrows things down to the finest point, because so often less is so much more. As Hamilton points out: “It’s the loudest thing I’ve ever made.”

Mark began playing music whilst living in Edinburgh in 2005. He was given a stolen guitar and started messing about with it, not having anything else to do or any money with which to do it. The band was initially a three-piece alongside Malcolm Benzie (who now plays in Withered Hand and Eagleowl). It was called woodpigeon/antelope=squirrel and they had one “performance” in the streets of Edinburgh, which ended with Hamilton smashing his guitar. After moving back to Canada he shortened the name to Woodpigeon and created a mostly solo act with a rotating cast of band members, performers and characters. He released his first four albums Songbook, Treasury Library Canada, Die Stadt Muzikanten and Balladeer via End of the Road Records, with Thumbtacks and Glue following via Fierce Panda.

T R O U B L E features Woodpigeon’s current line-up of Mark Andrew Hamilton alongside Daniel Gaucher on percussion, Colin Edward Cowan on bass, and Annalea Sordi-McClure on keys. Sandro Perri helps on other things, and Thom Gill and Shaun Brodie can also be considered part of the team playing weird guitar textures and horns. Guest appearances on the album come from David Thomas Broughton and Mary Margaret O’Hara.

Before this release, Hamilton had all but quit music following a messy heartbreak. He wandered the earth for two years, particularly inspired by time in Istanbul; “during the riots, no less - when you're particularly bummed out, getting tear gassed every day is a good distraction”. He travelled onwards through the South of France, Paris, New York City, Turkey and across Canada from one end to the other – twice. Whilst in Buenos Aires he brought along his guitar, although he wasn’t sure why. It was there that he began to write again, starting with T R O U B L E ‘s “No Word of A Lie”.

Finally returned to Canada, he re-located to a collective house in Vancouver’s Downtown East Side and continued working on new material. He began to play the songs to trusted friends and housemates and was encouraged by the positive reaction. Goaded by producer and friend Sandro Perri, the decision was made to chase the threads of a new album.

It was freeing to write without any real rules. Many of the songs don’t follow typical formats and chord structures but rather fold in upon themselves in a cyclical way, patterns indirectly inspired by music he heard in Turkey and Argentina. Songs like the kraut-rock influenced “Devastating” and “Faithful” (about his previous relationship; “It’s almost mortifying to be so honest and direct”) initially confused the other players with their unusual structures. Inspired by reading-up on personal hero Roy Orbison, who spoke of throwing out the rulebook of what a pop song should be, Hamilton thought; “I've already quit music, so I might not even make these songs into anything other than things I play for myself… so let's just see where they go on their own.” By the end of the album the narrator is up on the rooftops watching the zombies run away in the distance.

The songs were so different from anything that he had done before that Hamilton even toyed with changing the name to create a new beginning, a fresh start. Despite being under the same Woodpigeon moniker, T R O U B L E is a huge step forward and the finest album of a storied career. Even the album name has multiple meanings. As he explains; “Trouble can refer to bad shit coming or getting naked with someone... Either way, really.” Ready to get in to trouble?