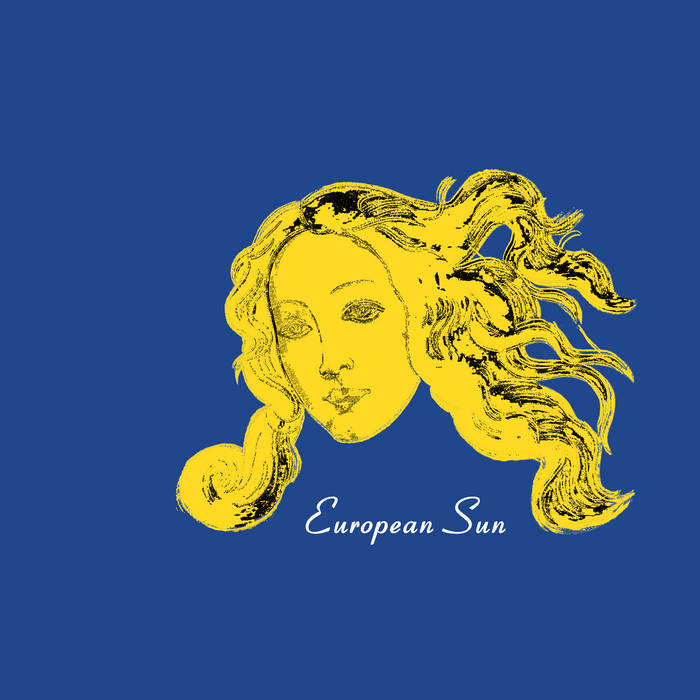 We are delighted to announce that the new decade sees the launch of a new band.

Proud members of Europe, regardless of the place of the UK in the EU, and humble advocates for humanity, equity and justice in life, European Sun also make music.

The band’s first release, The Future’s Female, is a simple song for the new decade, a rallying cry for progressive people to have hope in a decade that threatens to be dark.

the single is available on Bandcamp for a suggested minimum donation of 50p, which will be given to Refuge

Songwriter Steve Miles was reflecting on a sad detail of his mother’s childhood, the painfully true story behind the first verse, when he realised that almost all the things that made him despair, threatened the future, or endangered equality in the world had one thing in common: men.

There’s plenty of humour and a sense of playfulness in the song, which never becomes party political or sloganeering, and the light arrangement, a cross between The TV Personalities, Jonathan Richman and Heavenly, never lets the song take itself too seriously.

Rob Pursey and Amelia Fletcher play, sing and produce the songs of European Sun. In the past they were in Talulah Gosh, Heavenly, Marine Research and Tender Trap. These days they perform and record as The Catenary Wires.

The song is released on the day the UK leaves the European Union as a reminder of quite how we got there, while the band’s name itself makes sure we never forget that we are still Europeans.

the debut LP will be released on WIAIWYA Records in 2020.

One woman in four will experience domestic violence at some point in her lifetime and two women are killed each week in England and Wales by a current or former partner. Refuge supports around 6,000 women & children on any given day, experiencing domestic and sexual violence, female genital mutilation, forced marriage, stalking, trafficking, prostitution & so-called ‘honour’ based violence. Any donations help to save and change the lives of thousands of women and children escaping domestic violence.