The World Is A Bell 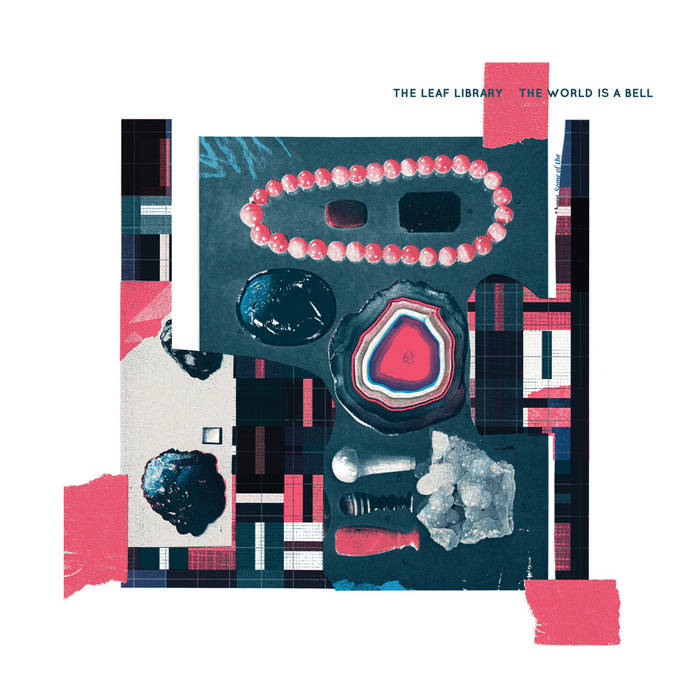 Bill Johnson Absolutely gorgeous. The finest album I have heard this year!

The World Is A Bell is the new album from North London band The Leaf Library, due out on Friday 25 October via WIAIWYA. For fans of Insides, Stereolab, Low, Bark Psychosis, Yo La Tengo, Seefeel, Julia Holter.

The record is an ambitious and expansive update of their warm, hypnotic drone-pop encompassing gently pulsing electronics, chiming guitars, minimalist piano, acoustic and synthesised drones, noise, improv and intricate brass and string arrangements, all in the service of the band’s most assured and experimental songwriting yet. Two years in the making it features guest contributions from (amongst others) celebrated singer Ed Dowie, noise group Far Rainbow, fellow space-pop travellers Firestations and the string quartet Iskra Strings. It draws on all aspects of the band’s work so far, from indie guitar pop to ambient atmospherics, via pulsing rhythms and layered, melancholic vocals.

This is the band’s second album (seventh if you count the various remix, side-project and short run CDR and tape releases they have put out over the last few years), and is the official follow up to 2015’s debut Daylight Versions (5* The Guardian). It was recorded at Studio Klank in Wood Green and drummer Lewis Young’s own Drone Lodge studio in Walthamstow using music made for 2017’s instrumental ‘On An Ocean Of Greatness’ (released for WIAIWYA’s 21st anniversary) as a jumping-off point, re-recording and re-wiring that epic track’s dense layers of synth and drone into something completely new.

It begins with ‘In Doors And Out Through Windows’, a minimal piano and vibraphone incantation in 7/4, with shades of Dot and Loops-era Stereolab, their summery strum replaced here with twilit, unsettling repetition and melancholy brass swells. First single ‘Hissing Waves’ is the most pop the band have ever sounded, its skipping Insides-esque electronics and looping verses pulling the listener back to daylight and the disorienting “transparent spaces” of the city. ‘Patience’ (featuring guest vocals by Ed Dowie) is the closest the band come to the sound of ‘Daylight Versions’, cresting on waves of guitars and an insistent synth arpeggio. Elsewhere we find the title track’s pointillist strings (arranged by the band’s saxophonist Daniel Fordham), hypnotic vocal rituals on noise/improv detour ‘Bodies Carried Off By Bees’ (featuring Far Rainbow) and the Yo La Tengo-meet-Section 25 repetitions of ‘An Endless’, its bright guitar arpeggios and billowing synths unfurling across ten minutes of glorious repetition.

Titled after a Johann Wolfgang von Goethe quote (“The world is a bell that is cracked, it clatters but does not ring out clearly”) the album turns its attention away from the coastal obsessions of ‘Daylight Versions’ to more surreal and atmospheric contemplations; the half-waking dream world of ‘In Doors And Out Through Windows’ (“A pattern dreamt, repeat the burial”) and ‘Bodies Carried Off By Bees’ (“I spill black ink and erase the dream”), the gentle resignation of ‘Patience’ (“so long, see you tomorrow”) and ‘An Endless’s meditation on mortality (“the day lifts the ashes away from the earth, we blink and we’re gone”). The disjointed, dream-like nature of the album is mirrored in artist Luke Drozd’s sleeve collage, with found objects and jewellery arranged with ritualistic precision.

The album reaches its end with the fittingly grandiose ‘Paper Boats On Black Ink Lake’. The radio unfriendly (at nearly 20 minutes long) track drifts in on sleepwalk-slow guitars, recalling Earth at their most serene, while Kate Gibson and Melinda Bronstein’s vocals float over a bed of strings that could be Robert Kirby scoring Low’s Secret Name. The track’s opening section eventually disintegrates in a swell of violins and guitars before ascending into metallic saxophone drones, doomy guitar riffs and pounding drums that faintly echo the band’s beloved Rocket Recordings favourites Gnod and Hey Colossus (minus the occasional crushing nihilism).

The World Is A Bell is an album of dense and unhurried songs, rich in sonic detail and ambitious in scope, its music simultaneously intimate and epic. Guitarist and lyricist Matt says, “We wanted to create something that was completely its own thing, that was in no hurry to get anywhere and that contained large expanses for listeners to get lost in. I have always loved long albums (the aforementioned Dots and Loops, Yo La Tengo’s I Can Hear The Heart Beating As One) and so we wanted to make something that had a similar sense of space about it”.