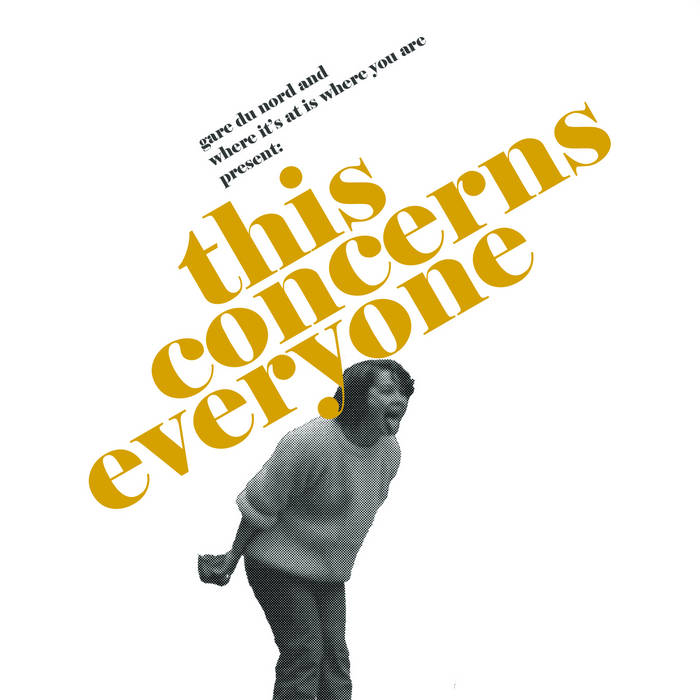 1. Picturebox – GNER
Robert Halcrow’s Canterbury lo-fi- popsters have donated this track from their just-released album ‘Escapes’ – a rollicking harmonica driven indie train ride from boredom to who knows where! Syd Barret meets early Blur and The Pastels…. advice from Shindig! Magazine: “Check this and all their previous releases – you won’t be disappointed.”

3. Keiron Phelan – Peace Signs
Keiron (of Smile Down Upon Us, littlebow, State River Widening) releases his Peace Signs album in November, featuring an assembled cast of connected indie luminaries on playing and production duties – Jack Hayter, Brona McVittie, Oliver Cherer, Tigercats’ Giles Barrett and more – the songs are ambitious, layered, piano, harp and flute driven glam popscapes that have been compared to Kevin Ayers, Gruff Rhys, and Slapp Happy. A single Satellite Hitori is already out digitally – this is the first glimpse of the title track itself.

4. Deep Cut – Washed Up
The shogaze/dreampop band led by former Revolver frontman Mat Flint and vocalist Emma Bailey will release their third album Different Planet through Gare Du Nord in January 2019. The first digital single comes in November – but this track is an exclusive album taster of their Byrds jangle, drone and krautrock mix, before any of that happens!

5. Joss Cope – From A Great Height
Joss (the younger sibling of Arch Drude Julian) has been working on the follow up to last year’s Unrequited Lullabies album, and this is an early exclusive mix. Cope has two bands – one in Helsinki and one in London…between them they conjure a spirit somewhere between The Only Ones and The House of Love, to back up Cope’s intelligent, melodic Euro-psych adventures.

6. Robert Rotifer – Time Is Slipping By
An excerpt from Robert’s magnum opus They Don’t Love You Back - his ambitious and emotive 77 minute anti-ode to the current Br**it crisis from the point of view of an EU citizen living in the UK – beneath the often pastoral acoustic settings that echo Bert Jansch, Roy Harper or The Incredible String Band, Robert’s powerful unease and anger is hard to ignore.

7. Papernut Cambridge – Kalinda (long version)
A special extended mix of a track from Ian Button & friends’ most recent set of songs, released as the Outstairs Instairs album on LP in July, and as a series of monthly digital singles up until Christmas. Shindig! described the album as “"By turns catchy, intimate and beguiling.....like a C86 version of The Faces...a bedsit Bowie..."

10. David Callahan - She Passes Through The Night
The Wolfhounds and Moonshake frontman, David Callahan, has been releasing records for the great and the good (Creation, Too Pure, Odd Box, A Turntable Friend, Slumberland) for over 30 years, and yet this is his first recording under his own name – a seven minute long Velvets-y psyche folk drone, with a little help from the Left Outsides’ Alison Cotton on violin.

11. Famous Problems - Every Girl
The Famous Problems are four fifths of American indie heroes, the Butterflies of Love, and Every Girl is a song about Monica Vitti, taken from their debut 10” mini-LP. They have a lot of BIG PLANS, we’re just working out which of them will happen.

12. Whoa Melodic - Disappointed Pessimist
Whoa Melodic is Michael Wood, a Walthamstow based songwriter and multi-instrumentalist. You may already know him from his previous band Michaelmas, or even as a member of the Hayman Kupa Band (with Hefner’s Darren Hayman, and Standard Fare’s Emma Kupa) and Steven Adams’ band (with the Broken Family Band frontman).
For his stag do, his friends dressed Michael up as Sergeant Pepper-era McCartney, more recently he went to a fancy dress party as Lee Hazlewood – drop in a smattering of Squeeze, World Party and the Lilac Time and you have nailed the tune drenched sound of Whoa Melodic… and yes, it’s melodic too, naturally.
The self-titled debut long player will be released on wiaiwya early in 2019, and ‘Disappointed Pessimist’ is the first single to be released from the album:
"Disappointed Pessimist is about the times when nothing’s going right and you’re frustrated with the world. The music was quite upbeat so I thought I’d try and be a bit silly with the lyrics. Imagine being a pessimist that IS disappointed! Sometimes it’s good to be serious and meaningful and sometimes you need to make a noise with the farfisa organ and get the Vibraslap out of the percussion box."

14. The Leaf Library - Sailing Day (Wintergreen remix)
The Leaf Library have been busy recording their second LP for wiaiwya (it’s going to be a double, due out late 2019), in the meantime, here’s a remix of a track from their stunning debut, not available elsewhere.